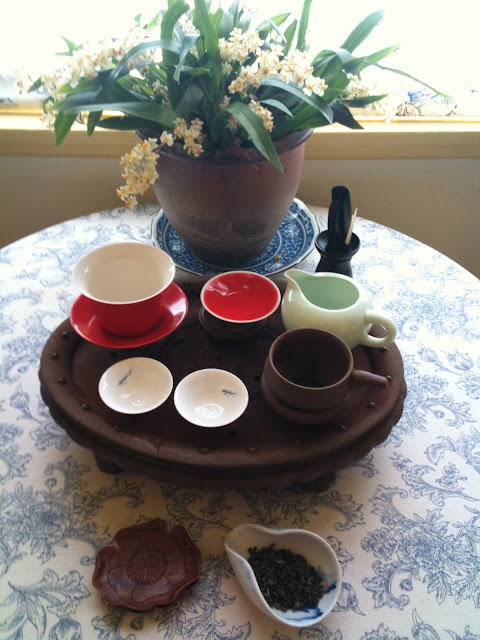 GongFu Cha is a more modern name to the commonly called Lao Ren Cha - Old Man's Tea. This is so because it was only the older generation that met and savoured tea by brewing it in purple clay teapots and drank from small cups - they sipped the tea rather than gulped it down. This was also common in the Teochew, South-East-Asia and Taiwan communities. Due to the elaborate procedure and the time consuming practice, the name of this type of brewing began to be called Gong Fu Tea.
Gong Fu - 功夫 -  is a compound of two words. Combining 功 (gōng) meaning "work", "achievement", or "merit", and 夫 (fū) which translates into "man". The literal rendering would be "achievement of man".  The connotation of the word Gong Fu is that of an accomplishment arrived at by great effort of time and energy. The original meaning, gong fu can refer to any skill achieved through hard work and practice. It refers to a person's excellence achieved through long practice in any endeavor - e.g cooking, calligraphy, martial arts, tea, gardening, medicine. It emphasizes effort through education. Such a person is said to possess gong fu. The person with gong fu is someone who has put time, effort, has motivation to develop the  chosen skill that they continue to pursue with diligence, discipline and contemplative education. Gong Fu is not attained perfection, but rather the continued effort, learning, practice, contemplation and development of the skill.
A Gong Fu Cha Master is not someone who has perfected the skill but is rather the person who has chosen to walk the disciplined Path of Tea through practice and learning.
Lao Ren Cha - The Old Man's Tea practiced by the aged probably because aging has a way of bringing us back to the fundamentals of life and living. The Path of Tea takes us back to nature. All the fundamentals in brewing tea is about the connection to nature - everything that civilization has moved away from. The nature of water - the mother of tea, the effects of clay, the processes of fire, the importance of air and various other subtleties. Gong Fu Cha is interdisciplinary. It brings back the responsibility to the individual as to what is consumed. Life is gong fu. 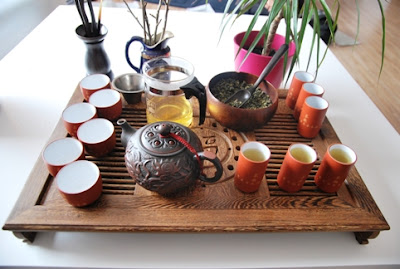