Blue and White Ceramics of Vietnam

Blue and white ceramics are white porcelain that have patterns in blue cobalt-based glaze added and then are covered with a clear glaze, a technique known as underglaze blue. The technique prospered in Jingdezhen, China during the Yuan dynasty (1271 - 1368) and was introduced to Vietnam towards the end of the Tran dynasty (1225 - 1400). In Japan, Vietnamese blue and white ceramics are also known as Annan-yaki underglaze blue. 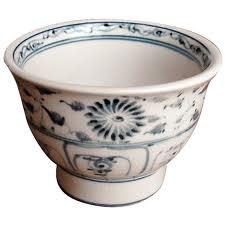