The history of Taiping Houkui 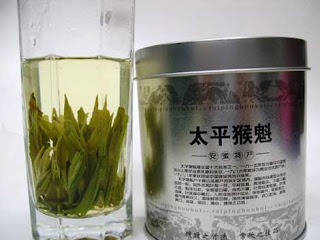 Taiping Houkui is a famous Chinese tea created in 1900. In the late Qing Dynasty, the Nanjing Ye Changchun Tea House was opened in Xinming tea area, Taiping County and started tea-purchasing business. In order to gain profits, the boss separated young leaves out of the end product and sold them to Nanjing and other cities with a high price. Wang Lao'er, a tea grower in Houkeng, then learned from the practice. He picked stout and young tea leaves featuring two leaves and one bud from the Fenghuang Jian Tea Plantation, which were carefully processed into Wang Lao'er Kuijian Tea. Because of its top quality among its kind, it was named “Houkui” after the producing area Houkeng.
In 1915, Taiping Houkui was awarded the Gold Medal in the 1915 Panama Pacific International Exposition. In 1955 after the foundation of the People's Republic of China, it was again listed as one of the Top Ten Famous Teas in China.
By Explore Cultural China
at December 03, 2012