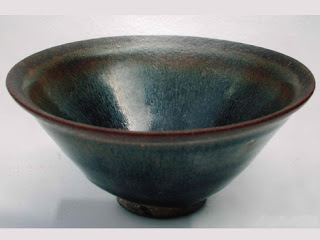 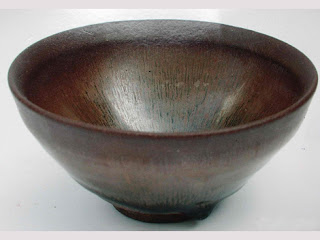 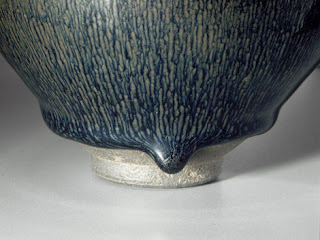 The black porcelain of Jian ware had a purplish black paste and a thick lustrous black glaze. A silver gloss showing through the black glaze resembled rabbit hair, partridge feathers, or oil spots.
Small "rabbit-hair" cups were the most popular items of Jian ware and were preferred for the tea-tasting contests prevalent in the Song Dynasty. 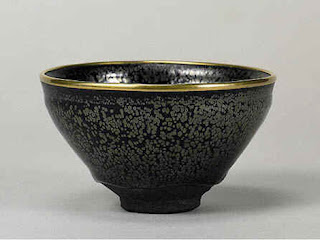