Masala chai Hindi - मसाला चाय literally  means mixed-spice tea.
It is a flavored beverage, achieved by brewing black tea, milk, butter/ghee and a blend of spices and herbs that are indigenous to India.
This particular style of tea originates in South Asia.
A true masala chai is decocted rather than steeped or brewed.
Most of the masala chai served up in coffee and tea houses are not true masala chai.

Chai means tea in the Hindi language.
Masala  मसाला means a mixture of spices and herbs.
Spices of herbs can be a mixture of cardamom, ginger,
cinnamon, star anise, cloves, bay leaves, etc.
Masala chai is used as a form of medicine in Ayurveda.
Ayurveda is the ancient 5000 year old medical science of India that is still used to treat diseases and manage health.
In the Ayurvedic medical text chai is referred to as the method and ingredients that are used to make the beverage.
The herbs and spices are boiled with tea in either milk or a mixture of milk and water, either sweetened or unsweetened. 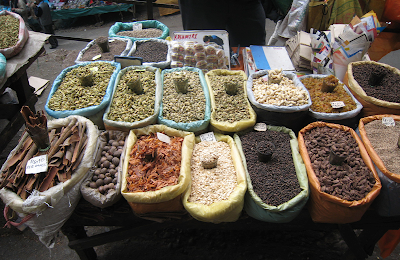 The recipes vary in accordance to the constitution of the individual.
The spices used are usually a potent blend and has a myriad medicinal and health promoting benefits.
Chai is traditionally used to increase the digestive fire, sooth and relax the digestive tract, increase the waste removal as well as toxin excretion, elevate metabolism and decrease appetite.

The main ingredient being tea from the Camellia assamica.
It is processed into a black tea.
The tea and the combination of spices that give the beverage an excellent source of anti-oxidants, flavors and healing properties.
The result is a delicious, piquant, and often times dark brew.

The basics to the method to chai decoction is the tea.
A strong black tea such as an Assam tea that is processed into 'mamri' is used.
Mamri are granules of tea versus leaves or cuts of leaves.
Mamri means neat and grainy in appearance.
Mamri tea, also known as CTC -cut, torn & curl, is a blend of high grown black tea commonly used in Kenya and India.
A distinct variety that offers bright, full bodied liqueur.


It has a full body to the brew and especially great for making chai.
It is cured in a special way that yields itself into granules.
It is an inexpensive tea and most popular among the Chai wallahs in India. 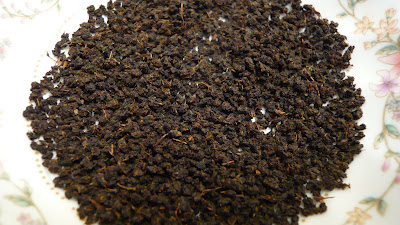 There is no fixed recipe or preparation method for masala chai.
Many have their own special versions of the tea.
However, all masala chai has four basic components:
Methods of tea preparation can vary widely however this is the common preparation techniques include:

Boiling tea dust in water over an open fire
Add cow's milk or buffalo's milk or milk powder to the boiling tea
Mix in plenty of raw sugar
Chop or smash the fresh ginger root
Grind cardamom pods
Grind the other masala (spices) such as cinnamon and cloves
Tear fresh herb leaves, such as lemongrass and mint
Boil spices and/or herbs with the tea
Strain the tea leaves and spices 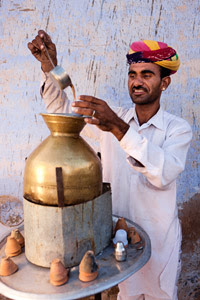 The recipe for chai typically varies by region.