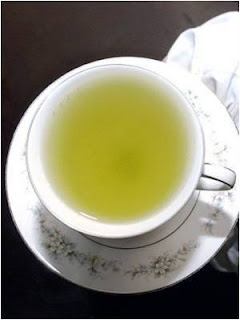 HCV infection can lead to chronic hepatitis, cirrhosis, and hepatocellular carcinoma (HCC) or primary liver cancer. HCV is one of the most common causes of chronic liver disease and a primary indication for liver transplantation, affecting up to 170 million individuals worldwide according to estimates from the World Health Organization (WHO). Prior studies report that nearly 2% of the world population is infected with chronic HCV and up to 20% of the population in some countries.
While standard treatment with interferon with ribavirin and newer protease inhibitors may clear infection in some individuals, a substantial number of patients still may not respond to these therapies. For individuals receiving liver transplants due to complications from HCV, reinfection of the healthy donor liver remains a significant concern. Antiviral strategies that target HCV in its early stages are urgently needed to prevent graft
reinfection and improve long-term outcomes for patients.
To address this critical issue, Dr. Sandra Ciesek and Dr. Eike Steinmann from the Hannover Medical School in Germany investigated the effect of the EGCG molecule, which is a major component of green tea, in preventing HCV from attaching to liver cells. "Green tea catechins such as EGCG and its derivatives epigallocatechin (EGC), epicatechingallate (ECG), and epicatechin (EC) have been shown to exhibit antiviral and anti-oncogenic properties," explains Dr. Ciesek. "Our study further explores the potential effect these flavonoids have in preventing HCV reinfection following liver transplantation."

Results showed that unlike its derivatives, EGCG inhibits entry of HCV into liver cells. The authors suggest that EGCG may impede HCV cell entry by acting on the host cell as the green tea catechin was not found to alter the density of virus particles. Pretreatment of cells with EGCG before HCV inoculation did not reduce the infection; however application during inoculation inhibited the rapid spread of the HCV. Lastly, researchers showed that EGCG inhibits viral attachment—the initial step in the HCV infection process. "The green tea antioxidant EGCG inhibits HCV cell entry by blocking viral attachment and may offer a new approach to prevent HCV infection, particularly reinfection following liver transplantation." concludes Dr. Ciesek.