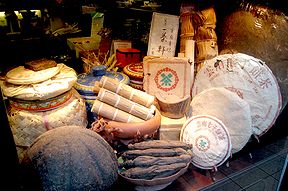 A sip of Pu'er tea can be as helpful as drugs in lowering blood sugar and preventing diabetes, says a recent press briefing by the Pu'er city government. That is the finding of scientists at Jilin University and the Changchun Science and Technology University, after two years of studies organized by Pu'er city, Yunnan province.
The provincial government's Science and Technology Department also organized a forum for health experts to discuss the health benefits of Pu'er.
"Owing to Pu'er tea's obvious effect in restraining some enzymes related to diabetes, the experts believe drinking the right amounts of Pu'er tea can help lower blood sugar levels and prevent diabetes to some extent," says Sheng Jun, deputy mayor of Pu'er city. 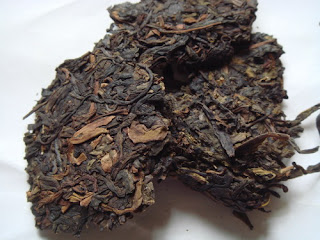 The first phase of the study involved 20 genetically obese lab rats with very high blood sugar levels. Researchers fed 10 of them with regular amounts of mature Pu'er tea while the other 10 rats were not given any.
"Only two rats of the group not fed any tea, survived after 11 months. The others became infected and had sores before dying," says Sheng. "Meanwhile, all the 10 rats that drank Pu'er tea survived, and showed no trace of sores or infection."
The research team also compared Pu'er tea with Rosiglitazone, a widely used medicine to lower blood sugar levels. After two weeks, they found that the rats that were fed Rosiglitazone had 36.5 percent less blood sugar, while the figure was 42 percent for the group that was fed Pu'er tea. Also, those on puer lost weight while those on the drug showed no evidence of any weight loss.
The researchers carried out a test among 120 diabetic volunteers. They were asked to drink Pu'er regularly and stop their medicines, while making no change to their dietary habits. Seventy percent reported blood sugar levels lowered to below 7 mmol/L, with an average decrease of 35 percent.
Although all teas are believed to be capable of lowering blood sugar levels, Pu'er and oolong are thought to be the most effective. In fact, they sometimes lower blood sugar level so fast that some people feel weak in the limbs, experience a faster heartbeat and even feel dizzy - all signs of too low a blood sugar level. The Chinese refer to such people as zui cha, or tea drunk.
Sheng Jun reveals that Yunnan has one of China's best longevity rates and attributes this to tea drinking. "Moreover, as Yunnan has the lowest incidence of cancer, Pu'er city has the lowest number of cancer patients in Yunnan."
The city has applied for a patent for its research into the health benefits of Pu'er, and will continue with its tests.
Article by Explore Cultural China
at December 16, 2011