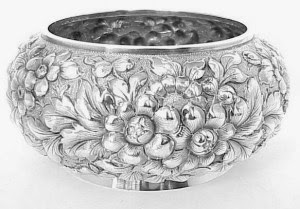 Originally this particular tea implement was a huge silver piece used at a table into which bits of bone, rind and piths were flung into while the diners were eating. It was adorned with 2 handles on either side of the dish. These dishes or rather implements were used since ancient times. Among the many names that it went by were slop bowls, alms-dishes, voiders, waste-pots, or waste bowls. They came in varied shapes and sizes, made of different material. They were meant as containers into which scraps of unwanted food were put in so that the plate was cleared.
Slops bowls are more often misidentified and designated as a sweetmeat  bowl or a sugar bowl sometimes even a centerpiece bowl.
This particular utilitarian object was adapted and added to the equipment necessary for serving tea. These objects began to take its place in the formal tea service by the middle of the 18th century in the shapes of small circular or octagonal bowls. These bowls became standard equipment on the Tea table evolving from their ancestral cousin that stood as large bowls on a pedestal. In the 19th century the bowls lost their handles, remained circular, without a lid and was 2x as large as the sugar bowl in the Tea Service Set. The difference between the design of the sugar bowl and the slop bowl was that the slop bowl has a wide, projecting rim so as to prevent splashing during use.
They were called Slop Bowls and were used for pouring out the remaining cold tea from cups and teapots before a fresh brew was served. 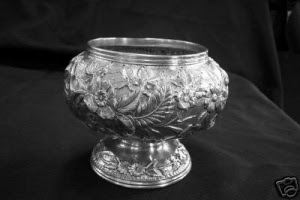 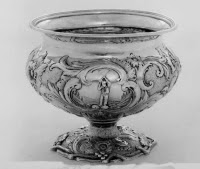 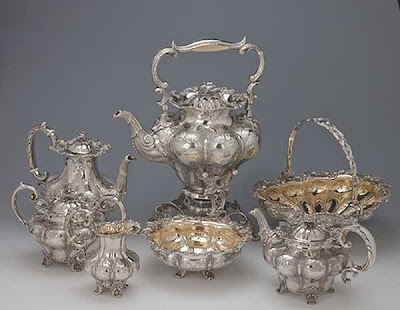 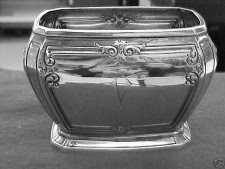 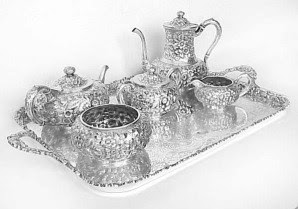 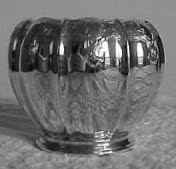 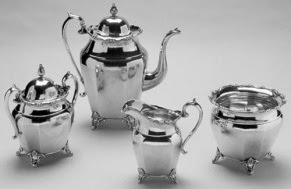