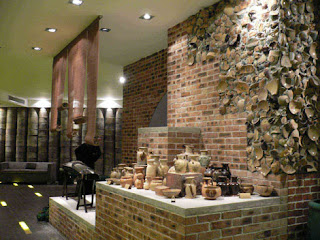 The Changsha Kiln 长沙窑 was first established in the Tang Dynasty (618-907), and its site was found in the town of Tongguan in the suburb of Changsha in Central China's Hunan Province , hence its other name of the Tongguan Kiln 铜官窑. 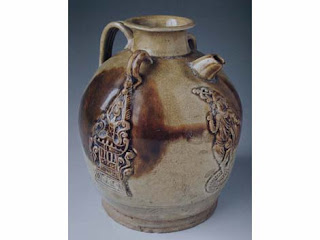 The kiln prospered at the junction of the late Tang Dynasty and the Five Dynasties (907-960), before gradually declining after the Five Dynasties. The products of the kiln were mainly common house wares like pots and jars. The most prominent achievement of the Changsha Kiln was its invention of underglaze painting technology, which exerted tremendous influences upon the underglaze decoration technologies succeeding it. 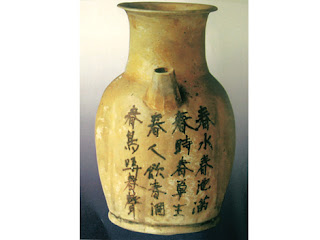 The distinctive artistic feature of the Changsha Kiln at that time was its products being the first to incorporate traditional Chinese painting and calligraphy as decorations. 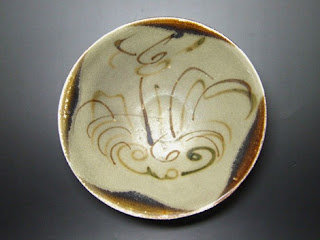