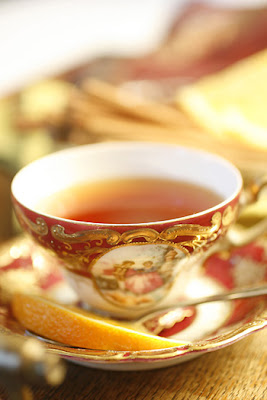 Tea Museums and clever tea packaging come from or are available abroad.
Should you travel to Europe to get either of the above, try to go to Butler's Wharf in London where tea was unloaded hundreds of years ago.
There, near the Tower Bridge, you can visit the Bhamah Tea and Coffee Museum on Maguire Street in the Clove Building.
You may want to phone ahead to check their hours.

They have information about tea's arrival in Britain, more about the teabag, and about hundreds of tea leaf kinds.
You can even buy Chinese tea, though they only have a handful of varieties from that country.
They also have a wonderful book written by Mister Braham, published by Hutchinson in 1972, called Tea and Hsee.

In Paris, visit Mariage Freres, a tea house situated at 30 Rue du Bourg-Tibourg in the 4th district or arrondisement.
This tea mecca has been selling tea since they opened their shop in 1854.
They now have about four hundred teas from thirty-two countries, China included.
Most of their Chinese teas come from Fujian, Hunan, Anhui, Jiagsu, Zhejiang, Hubei, Guangzi, and Jiangzi, as well as from Taiwan, other Asian countries, and other places around the world.
The upstairs museum houses teapots, tea cups, samovars, and wooden tea chests, among other things.
Buying loose tea and tea varieties requires knowledge.
So teabags and museums aside, to be a tea connoisseur, you need to learn what is considered the best and where to shop and taste different teas to determine your own favorites.

If you live in or near San Francisco, try the Imperial Tea Court.
Roy Fong, its owner, has his own tea plantations in China where he supervises tea from tree to thee.
The tea he sells is very fresh, very flavorful, and very good.

So is tea at the Ten Ren Tea and Ginseng Company, a source for good tea from Taiwan. Fong has but one place, Ten Ren has dozens of stores in many cities in the United states and in other countries including Taiwan.

Tea varieties you should taste are Snow Tea, White Tea, Green Peony Tea, Lung Ching, Jade Ring, Jasmine Pearl (also known as Jasmine Balls), and Tung Ting.
These teas are white, green, or oolong, some more oxidized than others.
You can also try a black tea such as Lychee Black, Hao Ya B, or any other black tea.
There are quality levels of each of these and in some tea emporia they may have other names.
Every tea and every price level makes for differences.
You may not prefer the most expensive of any of these but you do need to try several in order to make educated taste decisions.
A good vendor will encourage tasting as you make your purchasing decisions.