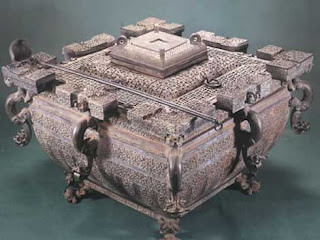 Cool drinks originated in the Shang Dynasty about 3000 years ago. At that time, rich and powerful families would store blocks of ice in winter for relieving summer heat in the next year. In the Zhou Dynasty, there were special officials in charge of ice affairs. In the late Spring and Autumn period, ice had more applications. The feudal lords liked to drink iced rice wine at feasts. It is mentioned in Chuci that iced rice wine tastes sweet and cool, which shows that the techniques for making cool drinks at that time had reached a very high level.
Ice products started being sold openly from the Tang Dynasty. A story tells of an ice seller who hoarded ice as a rare merchandise and intentionally raised the price. The customers were so angry that they all walked away. Shortly after, all of his ice melted. In late Tang Dynasty, the merchants would add sugar in ice to attract more customers. 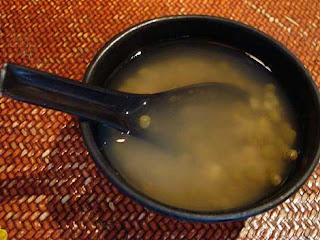 Cool drinks developed very fast in the Song Dynasty. There were a great variety of cool drinks, and specialty stores appeared. Ice stores in Bianjing (present Kaifeng) of the Northern Song Dynasty had started selling sweetened and iced balls, and the iced plum juice in particular had a unique flavor. The painters even draw pictures about the scene of selling cool drinks.
From the Yuan Dynasty, new breakthrough brought about the appearance of ice cream. During the Ming and Qing dynasties, a number of delicious cool drinks appeared one after another. The Dream of Red Mansion has records of plum juice, rose syrup, fragrant flower syrup, herb tea, and thick rose juice, etc.
at June 29, 2012