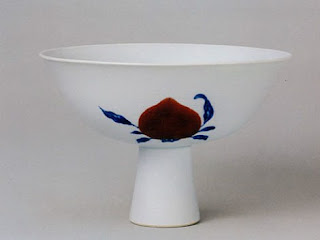 The underglaze red porcelain is a variety that emerged in the Yuan Dynasty. It is produced in accordance with the procedures as follows: first draw bronze red veins on the body of the porcelain and then cover a layer of transparent glaze on the body and finally burn it with the reducing flame at the temperature of 1200 centigrade degree. The porcelain processed this way will have the red copper wire beneath the glaze. Therefore the porcelain of such type is called "underglaze red". 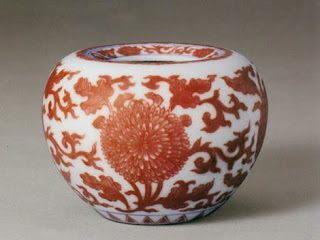 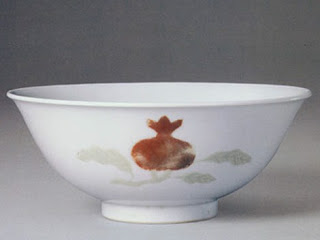 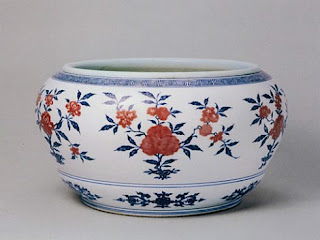 The colour blue contrasts finely with the colour red, thus highlighting the expressiveness of the porcelain by differentiating the primary from the secondary. 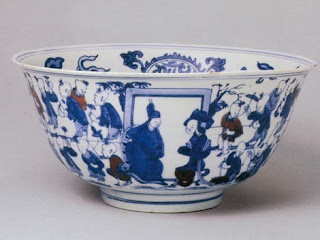 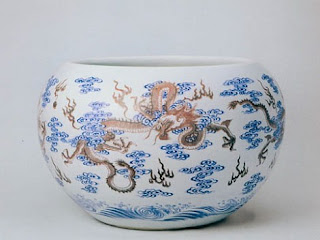 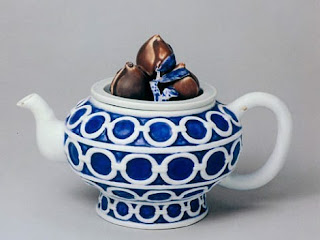