An Introduction to Chinese Ceramics 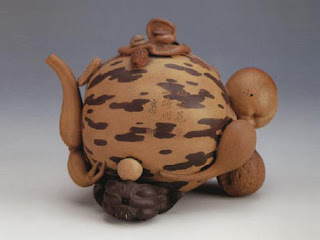 The origins of Chinese pottery and porcelain go back to distant antiquity. And from the masterful excellence of Chinese ceramics, we can deduce the painstaking labor that went into making them.

Tradition
Four objective factors influenced the beginnings and development of Chinese pottery and porcelain:clay, fuel, river systems, and markets. Heavy clay and large quantities of fuel are required for pottery and porcelain making. High shipping costs made pottery production economically impractical in areas without these basic prerequisites. So a locale with plentiful supplies of both clay and lumber as fuel had the best potential for setting up a ceramics kiln. 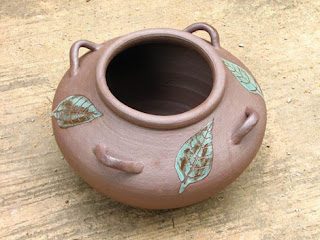 Once a large kiln has been set up, it often continues to produce for hundreds of years. The arts of preparing clay, glazing, and firing are often passed down from generation to generation, so each area will tend to develop its own individual glazes, clays, and decorating techniques, resulting in unique styles and designs. From the particular features of a piece, one can usually pinpoint definitively when and where it was made. Beginning with the Han Dynasty (206 B.C.-220 A.D.), and into the Tang (618-907 A.D.), Sung (960-1279 A.D.), Yuan (1279-1368 A.D.), and Ming (1368-1644 A.D.) dynasties, large quantities of pottery and porcelain were exported from China to Korea, Japan, the Ryukyu Islands, the Southeast Asian peninsula, the Philippines, Indonesia, India, the Middle East, the eastern coast of Africa, continental Europe, Great Britain, and the United States. Pottery and porcelain pieces exported during these periods are an excellent source of research materials on the history of China's communications, trade, and economic relations with other countries. 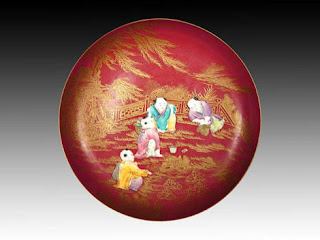 The key to the high level of pottery development lies in the spirit of Chinese craftsmen to strive for excellence. Ceramic and porcelain pieces dating back to various historical periods have demonstrated again and again how Chinese artisans overcame the shortcomings of the materials they used and how craftsmanship can conquer the difficulties encountered in working with clay. For instance, in the late Yuan (1279-1368 A.D.) and early Ming (1368-1644 A.D.) dynasties, the material used to produce porcelain in world-famous Chingte Chen, Kiangsi Province, was porcelain stone mixed with kaolin, a material which is very hard to shape or mold. Faced with this difficulty, the porcelain makers of the time came up with the idea of grinding the raw material to an extremely fine consistency and then soaking it in water for several years. This process increased its stickiness and malleability. This allowed the clay to be stretched and formed on a potter's wheel into beautiful porcelain articles. When half-dry, a special knife was used to shave it until extremely thin. 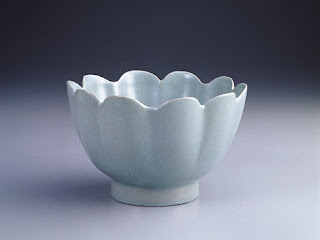 Today
Pottery and porcelain artisans of today have full access to modern technological knowledge and can freely choose their equipment. But they all still carry on in the traditional belief that man can indeed conquer nature. Some imitate ancient designs, and others produce avant-garde pieces. With their minds, their hands, and clay and fire, these potters express the their perception of beauty, their professional experience, their sensitivity, and their level of artistic cultivation. New ceramic making concepts from the United States are combined with traditional Chinese methods to creating modern works of ceramic art. Some contemporary pottery makers have begun using natural gas as a fuel for firing pottery in their kiln. They also import high-quality porcelain clay to further improve the quality of their products.
By Explore Cultural China
at May 16, 2012