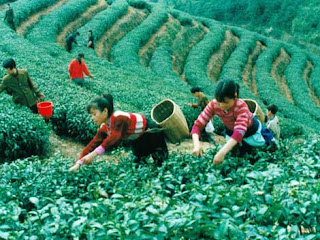 A well-known Hakka opera it is, the Tea-picking Opera in the south of Jiangxi Province originates from the folk performance Tea-picking Lantern in some places of south Jiangxi. It gradually developed into the "Tea Lantern Opera" in the middle and late Ming Dynasty.
Qimen Tea-picking Opera 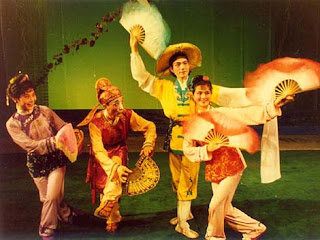 As a local opera popular in Qimen County, it was originated in Jiangxi as the "Raohe Tune". In the early Qing Dynasty, it spread to places like Shanli, Likou and Qiling. The opera achieved continuous development with the efforts of senior actors, thus shaping the characteristic Qimen Tea-picking Opera in the tea-growing town.
Tea-picking Opera in Huangmei County,Hubei Province 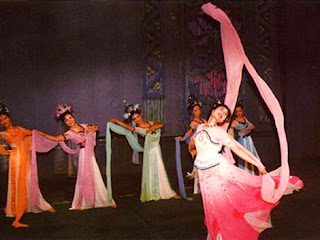 The mountainous regions such as Ziyun, Longping and Duoyun in Huangmei County have long been characterized for tea-growing activity in as early as Tang and Song dynasties. Every year in spring, the tea picking activity is always accompanied by melodious folk songs or ballads of the tea-growers. Therefore, the Huangmei Tea-picking Opera came into being amid the singings all over the mountains.
Huangmei Opera in Anqing 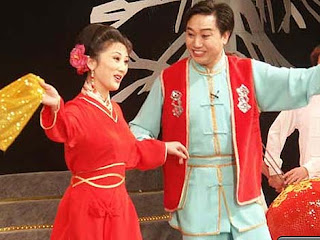 The Huangmei Opera is a major local opera in Anhui Province. "Huangmei Tune" or "Tea-picking Opera". It is a minor folk opera formed in Huangmei Mountain region of Anhui Province adjacent to Hubei and Jiangxi in the late 18th century.
By Explore Cultural China
at May 15, 2012